RoadTrip is a high energy multi-genre, multi-era cover band that has found that perfect blend of classic rock, pop, country, blues, disco, funk ....... you name it! 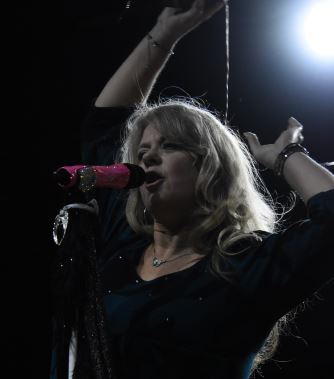 Tracey was only 5 when she began singing with her dad, mom and sister in a band  at many UAW events and Masonic Lodges.

She sang in all her elementary, Jr high, and High school talent shows, starred in a few plays, and continued to do so throughout college. Tracey went on to play in community theater, with many starring roles. She has played too many venues to list, but the coolest ones include the famous Tootsies in Nashville, The Carnival Cruise Line and she even graced the Ryman  and the old Hee-Haw stages. She won a Tri-State talent contest for a TV show called "You Can Be A Star", but the show was canceled two weeks prior to her television taping date..... bummer.

She joined the band "RIO" (RoadTrip drummer Kevin was on drums), which at one point opened for McGuffey Lane; And she later joined the band "Loose Enz" . She played the Dayton circuit with  "DreamCatcher" (RoadTrip member Eddie was also in this band) and for awhile with High Note and Timeline. Tracey and her husband Eddie, enjoy playing in RoadTrip together with their musician friends of many years. You can also find Tracey as one of three singers in the Las Vegas style showband The Belairs (of Cincinnati).

Tracey has done, and continues to do, a lot of studio work and loves it just as much as playing live. 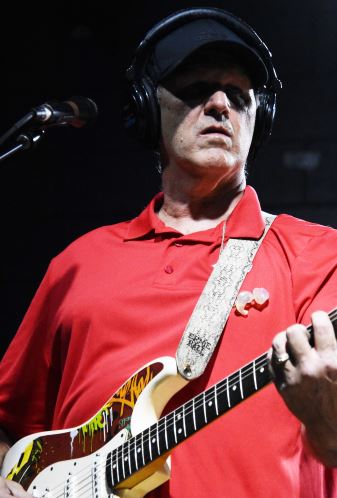 Ed started playing guitar at the age of four. He has played in numerous bands over the years including Alias, Straight Up, Unbound, Dream Catcher, and Warehouse Sound Project. He has recorded on several albums, played on the road, and loves to write music. Ed enjoys playing anywhere, at any time with anyone in any genre! 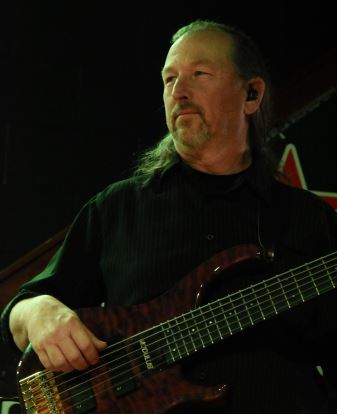 Jeff Chambers joined the band in January 2016. This is what he has to say:

I`ve been a Bass player/singer most of my life. From about age 12 to present day,whether it is a rehearsal, intensive gig, pickup or throw together, music has been a big part of my life.

With two older brothers (Rick and Gary) who played drums and bass and were always in bands, it was always possible to get behind a drum set or pick up a bass or play a keyboard. One day I picked up a bass and I knew that was my instrument. I was inspired by such bands as Chick Corea and Return to Forever, Weather Report, James Brown, The Tower of Power, Jaco, Yes , ELP, Stanley Clarke and anything else I thought was a challenge. From my first gig at a grade school dance to bar gigs, the road, and the studio -  I`ve played progressive rock, blues, funk, jazz and everything in between in bands such as Beowulf, The Take, Smokin Guns, Tripod, Bam Powell and the Troublemakers, The Cincinnati Shakers, Levels, Clear Blue, Raised by Possums, One of a kind and Average Joes.

I look positively toward  every gig and between the bands and my MAC, I`ll continue to keep the music in my life alive. 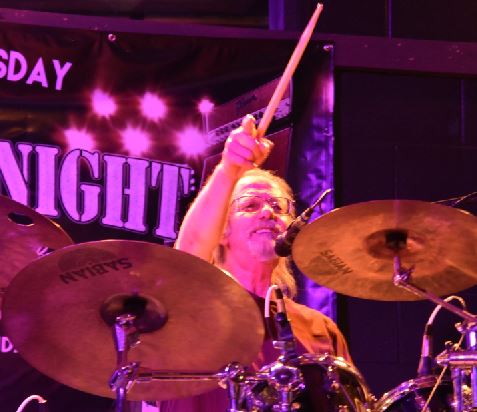 Kevin grew up (that is debatable) in Hamilton, Ohio. Playing drums (or pots and pans, Tupperware, and many other kitchen appliances) was something that he just always did. He sang in church and showed off his vocal and drumming talent in the award winning play “The Drummer Boy” (Van Buren School) in ’66!

In the mid 70’s he played in an original rock band “Freedom Highway”. Once graduated, Kevin went on the road, playing all over the Midwest in many different bands. He spent the 80’s playing in the rock n roll capitol of the world, CLEVELAND! He spent about 6 nights a week playing all kinds of music with area bands KICK,  PUNCH (2 different bands).  He opened for and played with  Bo Diddley in Akron, Ohio, along with many studio and live gigs.

Tired of the violent bands (just kidding) Kevin returned to his hometown to get involved in the music industry side of things. After a stint at Buddy Rogers Music, he became a music manufacturing representative and worked with most major music companies. Playing never stopped, as he was a member of the RIO band with Tracey, opening for McGuffy Lane. He joined a popular area band, the Cincinnati Shakers, which played all over the Cincy area, opening for Grand Funk in ’93.  He joined the house band at the Crystal Palace in the crazy band, The Barstool Gypsies!

Influences include The Beatles, Led Zepplin, Chick Corea, and especially Steve Gadd, the baddest drummer in the WORLD. Yes, he said BADDEST! 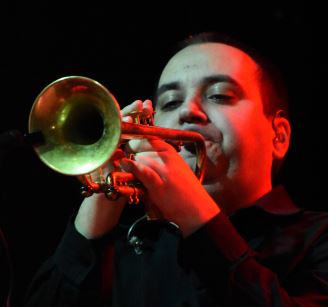 Eric Snyder is a fabulous trumpeter, pianist and organist based out of Cincinnati, Ohio. He enjoyed learning classical piano at a young age, but only became obsessed with music after he was introduced to jazz by one of his trumpet teachers in High school. Eric has since found opportunities to perform with some of the best jazz and rock artists in Cincinnati including the Blue Wisp band, Bootsy Collins, The Cincy brass, The Belairs Showband, Brian "Boss Hogg", and numerous others. Eric joined the legendary RoadTrip Band in 2022 after returning to Cincinnati from a three year stint in Nashville, TNM where he earned his masters degree in commercial trumpet performance at Belmont University. RoadTrip is STOKED to have Eric in the group! You may even see him pull that trumpet out a time or two in every show WHILE playing the keys!